Please check out our independent bookshop review for Manchester below. 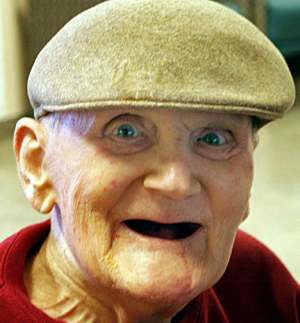 This dusty old shop down a sodden back alley in Sale has a lot of character and also some rising damp. There are a wide variety of old, unusual and rare books, many of them curiously sticky and most of them smelling like the inside of a wheely bin full of cats.
It took us three visits to actually get into the bookshop to review it as Reg, the aging owner is almost completely deaf and keeps forgetting to unlock the door each morning. There are some amazing bargains to be found though; we got a very rare first edition Beatrix Potter but unfortunately Reg was using it as a coaster and the excess spillage from his luke warm tea had deprecated the value somewhat.
Anyway if you can bear the smell and don’t mind the seventeen or so cats that the shop has (started out as 2 but “the little buggers have been breeding”) then come and pay them a visit.

One thing to note is that the Sale Antiquarian Book Shop was on an episode of ‘how clean is your business’ with Kim and Aggie. They walked out after 3 hours after Aggie came out in hives. 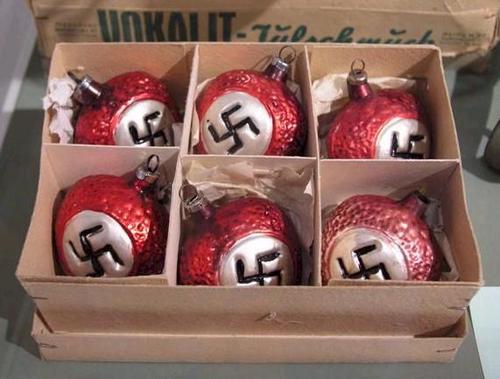 Next up for our independent bookshop review is Worsely Military Book Specialist. The first thing that strikes you when you visit this very specialist independent bookshop is the alarming amount of Nazi memorabilia; there are flags, knives, cases of pistols and some very alarming mannequins with full uniform and rifles near the door.
Although owners Rolf and Dieter were very keen to talk about some of his more general selections of military books, we couldn’t help but notice that nearly 75% of the floor space was taken up by a V3 cannon, an original from World War 2 apparently. Although not really of much use to everyday readers, it is quite alarming, especially the sulphur smell as if it has recently been used. Although stocking several prints of ‘mein kampf’, the other non-Nazi military section was at the back behind some boxes.
We wanted to explore more but upon opening a door to the backroom, we were confronted by several very old gentlemen with long beards all muttering in German. One got quite excitable and started making Nazi salutes so we made our excuses and left.

It is worth noting that shortly after our visit, the shop was closed and has stood eerily empty.

Vera and Geoff Tipps started their bookshop in Wythenshawe about 10 years ago as a general independent bookshop but they quickly found that they weren’t selling enough to local residents and therefore they cornered the market on children’s books. Although they will admit they’re not big fans of children, they realised they had to make money somehow and therefore they stocked their shelves with Magic Faraway Trees and Gruffalo books and lo and behold – Wythenshawe Childrens Book Shop was born.
“It’s not been easy” said Geoff, “Sometimes of a weekend, there’d be 10 or more of the little ba%tards in the shop leafing through all me books and traipsing their muddy shoes all through me shop”.
“That’s right” Vera added, “They’d have their grubby little fingers all over the new books so we had to have a 2 children at a time rule, it was the only way. Now they can wait in the street until its their turn to come in. I know its a busy road but serves them right, little bleeders”.
“I hate Christmas” Geoff continued, “They’re all writing lists of more and more things they want from Father Christmas, the fat little lazy gets. I’d give them nothing. I used to just get a sock full of gravel to throw about and my Dad would belt us if we enjoyed ourselves too much”.
“They want to bring back National Service….” shouted Vera as we made our way out quickly.
Vera and Geoff do not have children. Saving the best till last in our independent bookshop review and thats Urmston Bookshop. Frances and Peter Hopkins are your typical bookshop owners. Peter a ‘retired’ account (the money was just resting in his account) and Frances, a retired window cleaner have always had a love of books, especially ones with big writing and lots of pictures.
They opened Urmston Bookshop to enable the local community to buy books from somewhere that actually sold books rather than TV tie-in books like the local supermarket. It is folklore that Frances was looking for something to read on her holidays one year and after going into the local supermarket (that shall not be named) she was faced with the choice of:

After deciding to purchase the Lego sticker book, she realised that she was missing a trick and the legend of Urmston Bookshop was born. Peter was brought on board as he’s a dutiful husband and he has to do what he’s told or he gets beaten like Tyrone out of Corrie.
There was talk of Peter and Frances being an English version of the Fritzls but under legal advice I cannot say any more.