The Story So Far
After being locked up in a back storecupboard of the Urmston Bookshop and forced to memorise authors of strange foreign books, I decided to escape by tunneling through the walls with a tea spoon and covering the hole with a huge picture of Gloria Hunniford. 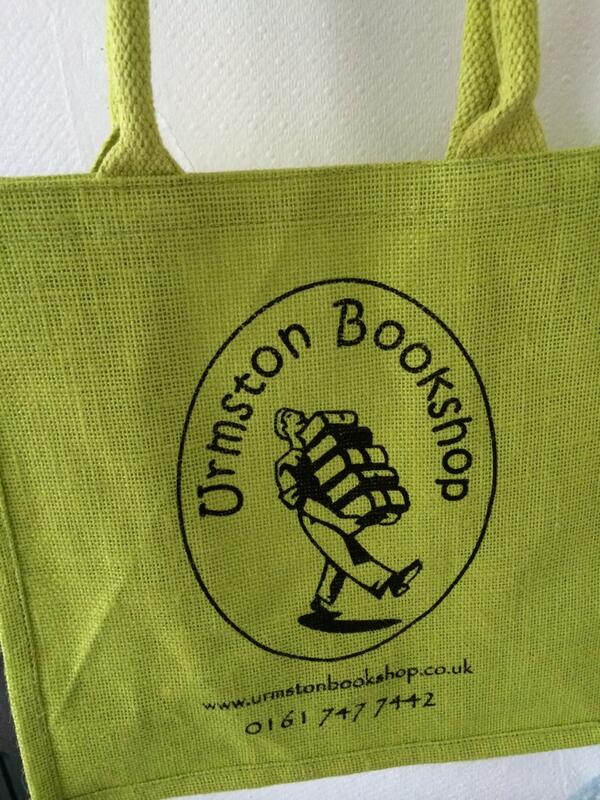 After my successful escape, I’ve decided I’m going to hitchhike to the airport as its safer for me to be out of the country. Although Frances drives like she cannot see 4 metres in front of her, she eerily see’s it all.
So far, no-one has stopped apart from one guy who had a load of pasties in the passenger seat and insisted I sit on his lap. I declined. I have stolen a bag from the bookshop and I have filled it full of tins of tuna, some snack a jacks and a whistle. This is essentially my escape survival kit.

1st April 16:52
Well I’ve been picked up on the hard shoulder by the filth and I got a good talking to about walking down the central reservation of the motorway. In all honesty that’s a walk in the park compared to what would happen to me if I got returned to the bookshop. My escape was hanging by a thread for a minute but it seems like they’re going to let me go. The policeman looks a bit like Mr. Bronson from Grange Hill and he used to terrify me.

1st April 20:26
Apparently there is no airport in Rhyll so my original escape plan is slightly scuppered. I’ve decided on Belgium as I like yeasty beer and waffles and dislike hills; Belgium seems about right. There’s a flight in the small hours of the morning so I’ve bought myself 3 litres of cider (only 99p as short sell by date) and a couple of ‘ahem’ art magazines.
The cider tastes like gas. I’ve stolen one of Peter’s jumpers so will get my head down in the Terminal 1 short stay car park. Can someone beep their horn about 4ish if they’re passing. Nice one.

2nd April 06:25
I did it, I earned enough money to afford a flight to Belgium. A hen party from Dudley offered to chip in £100 between them if I stood on a bin and sang “I know him so well” by Elaine Paige and Barbara Dickson for an hour and a half. Sia Nara Urmston Bookshop, my escape is nearly complete.

2nd April 06:45
Nearly there, boarding a plane to Brussels now, I hope I don’t have to sit on crisps again.

2nd April 09:30
I’m here in Brussels but unfortunately I soiled myself during takeoff so had to sit in unpleasantness for 2 hours. The woman sat next to me kept retching all the way through the flight. So inconsiderate.

2nd April 09:40
I’ve commited a crime! I realised that I didn’t have a change of clothes and as Frances and Peter never paid me, I don’t have any money. I have stolen someones bag off the carousel in the airport. I hope its full of cool designer suits and shades.

2nd April 09:45
The bag is full of dresses, I cannot believe it. They’re oversize dresses for larger ladies so they fit me but i feel a little silly. I’ve already put my soiled trousers in the bin though and I can’t get them back out so I am forced to continue wearing this. There is a sun hat though which I quite like.

2nd April 09:50
I think I like wearing dresses, I feel quite free. I am getting a few looks though.

2nd April 22:30
Had a bit of a strange day. Walking around the European capital in a dress is certainly an eye opening experience. I’m hungry and thirsty and cold. I have nowhere to sleep tonight so am getting my head down behind a skip outside the European Parliament.

3rd April 09:30
Last night was very grim. A homeless man stole my shoes whilst I was sleeping and I’ve torn my dress on the edge of the skip. Things are not looking good.

3rd April 13:30
I’ve had some good news. I’ve been offered a job in a mask shop. The man in the shop said I could start immediately and to be careful as most of his customers were weirdo’s. I’ve never worked in a mask shop before so this is quite exciting.

3rd April 15:30
There haven’t been many customers so far, just a few older gentlemen who seemed very nervous and kept glancing at the door. I keep hearing noises from the back room but have been told to stay away from there. A lot of the men apologise a lot, they seem very introverted.

3rd April 17:05
IT’S NOT A MASK SHOP!!!
They tricked me! Its a nudey toy shop and it sells all kinds of naughty sex things. I was duped. The Belgium police force broke the door down about 5 minutes ago and I’m in the back of a police van alongside Derek (the owner) who has no pants on and another man who looks like he is in a wetsuit and in quite a lot of pain. I told them I was new and didn’t realise it was a filthy dirt shop but they don’t believe me and I’m on my way to the police station now. I hope they don’t deport me.

4th April 08:05
Apparently the shop was illegal and they were planning on raiding it for months. Just my luck they chose to do it during my daring escape attempt. As they think I’m a bit simple and therefore not capable of looking after myself, they asked for the phone number of my next of kin. The only number I had was that of Urmston Bookshop therefore I gave that one. They rang it and Frances A Hopkins promised she would accept me back when they deported me (the ‘A’ stands for Adolph).
I fly back in a few hours. Back to captivity. I suppose it could be worse. I did quite like wearing the gas mask as my uniform though.

4th April 13:45
Back in Manchester. Peter met me at the airport with a Tupperware box of out of date Jaffa cakes which I suspected of being drugged. He also bought me two carton of Um Bungo.

4th April 14:30
I am back in the cupboard. My chocolate milk privileges have been revoked and I have to stand on my head for 6 hours a day. I am so depressed.